Qiankou Residence is one of the 4A level tourist spots in China, it also called the Zixia Villa. It is a wonderful place of China for its culture and history, covers an area of around 16,000 square meters. Qiankou Residence is an ancient architecture complex in the style of the Ming (1368 - 1644) and Qing (1644 - 1911) dynasties. There is saying goes like this: go to Beijing for appreciating the Royal Palace and Qiankou for folk residence. Walking around the Qiankou folk residences, the ancient Huizhou in the past five hundred years is mostly shown. The local government took the measures to accumulate 10 typical architectures of the Ming dynasty around this area. These ten architectures are respectively Yinxiu Bridge, Stone Memorial Archway, Shanhua Pavilion, Leshan Hall, Caomen Hall, Fang Guantian Residence and so on. 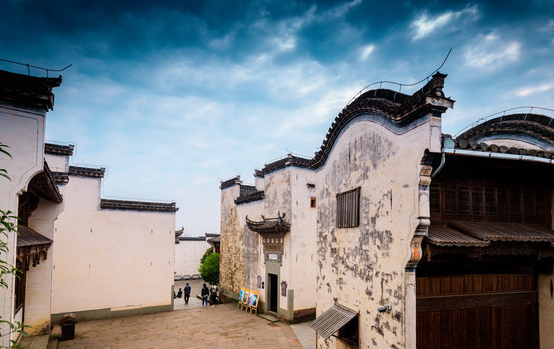 History of Qiankou Residen, Huangshan
The Qiankou Residence was originally a family property of Wang Yuan in the Qing Dynasty, and was named "Shuixiang Garden". It was destroyed by soldiers during Xianfeng years. In the 8th year of Ming Hongzhi (1495), built the Sijian. In the Xinhai year of Jiajing in the Ming Dynasty (1551), the Shanhua Pavilion was built. The Shanhua Pavilion was originally located beside the Yangchongling Stone Road in Xu Village, She County. In the Ming Jiajing Shenyin Year (1554), Yinxiu Bridge, originally located at the mouth of Tangbei Village, Qiankou Town. During the Jiajing period of Ming Dynasty (1552~1566), Fang's Ancestral Hall was built by Zheng Qi.

In 1982, in order to focus on the protection of ancient buildings, the State Administration of Cultural Heritage approved the distribution of more than 10 more typical Ming Dynasty buildings scattered in Zhengcun, Xucun, Qiankou, Xixinan and other places in She County and Huizhou. Demolition and restoration, relocation and construction of hidden residences. From 1984 to the end of 1994, the demolition and reconstruction project successively relocated 3 ancestral halls, 5 residential houses, 1 road pavilion, and 1 stone archway. 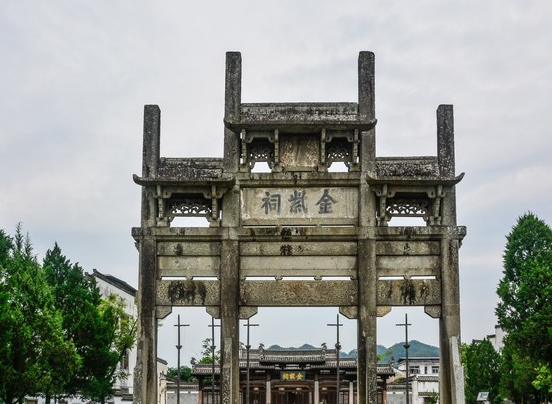 What to see in Qiankou Residence
The Qiankou Residence is divided into two sections, the Qing Garden and the Ming Garden. The Qing Garden has eleven structures, including houses, ancestral temples, archways, pavilions and bridges, which are arranged along a circular road. Among these buildings, Gengli Hall, once a villa of governmental officials, is the biggest one. All of the building have magnificent architecture and are decorated with elaborate carvings. Over 20 TV series have been shot here to take advantage of the unique old-fashioned buildings and tranquil life style. 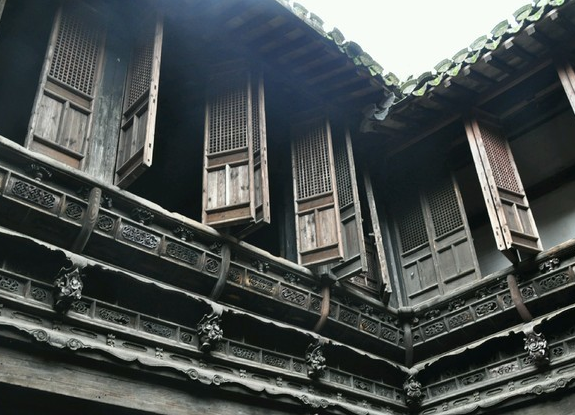 As for the Ming Garden, you should not miss the Yinxiu Bridge, a single-span arch bridge, once linked a nunnery and the bustling village; You will cross the Fang Family's Stone Archway, the whole image implies the Chinese character Kui (?), which means obtaining first place in the imperial examination. Then, pay a visit to the Leshan Hall, it used to be a gathering and entertainment place for the old in their eighties, but now it functions as an exhibition hall with paintings and calligraphies on display. There are thirteen buildings in total in this section.

Qianjou Residence Museum: The museum was built in May, 1990. Eight years after its founding, Qiankou Residence Museum was granted by the State Department as the National Key Protection Unit. Collections in this museum are dozens of typical and representative local architecture of Ming Dynasty which are impossibly protected in original areas.