Your Location: Home > Hangzhou Travel News > How to Travel from Shanghai to Hangzhou by train

How to Travel from Shanghai to Hangzhou by train

Hangzhou is the capital city of Zhejiang province in China. Famous for its picturesque scenery and rich history, Hangzhou has always been among the top tourism sites in China. It is only about 105 miles away from Shanghai, which makes it the ideal place for a weekend vacation if you happen to be in Shanghai and want to see the more traditional side of China.

Shanghai Hangzhou High Speed Rail, also known as Huhang High-Speed Railway, is a high speed rail line linking Shanghai with Hangzhou. The high speed train between Shanghai and Hangzhou is FAST and CONVENIENT. Currently, there are more than 130 pairs of high speed trains operating daily between Shanghai and Hangzhou. The average journey duration on these high-speed trains is about 50 minutes and the departure intervals between trainsare about 10 minutes. With such a dense schedule and the shortest travel time, it feels like traveling by metro within one city. These bullet trains are operated at different railway stations in both cities. Carefully choose the stations close to your staying places before booking a ticket.

Shanghai Railway Station (???) is located on Moling Road in Jing’an District, the north of city center. The station is about 4 kilometers (2 miles) west of the Bund. It is equipped with very frequent transportation. Travelers can take metro line 1 to Renmin Square, Shanghai Museum, Nanjing Road; metro line 3 to Shanghai South Railway Station and Zhongshan Park.

G Trains — the Fastest Trains with Speed of Over 300 kph

This category of train has a speed of over 300 kph (186 mph). The trains only stop at a few major stations along the way, and the ticket price is the highest among the trains. There are no sleeper cars on G trains.

D trains are the second fastest and are designed with a speed of over 200 kph (124 mph). This type of train is mainly used on the popular rail lines connecting major cities. Some overnight D trains have soft sleeper class. 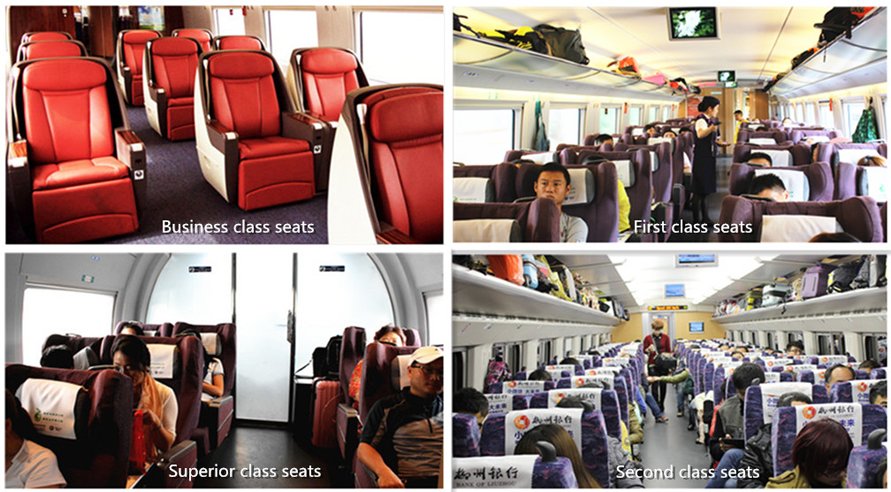 Tips for buying tickets from Shanghai to Hangzhou

Hangzhou is a very busy place for tourists and Chinese alike. It's a good idea to buy your return tickets when you arrive as many of the trains to Shanghai fill up quickly. You can buy tickets up to 10 days in advance and since the schedule remains constant, you can just show up with a piece of paper with the date and train number or time if you don't speak Chinese. The ticket office is also very busy so if you do not buy your return tickets ahead of time, give yourself a good 15-45 minutes to get through.

The following Hangzhou Tours are very populer with our clients:

Prev: Hangzhou Hotels - Where to stay in Hangzhou

Next: Serving an authentic taste of the Lunar New Year in Hangzhou

I will be Pullman Jingan Hotel, a stone' s throw from the Shanghai railway station and I want to go to Hangzhou for a short overnight trip. Should we travel from This railway station or the one at Hongqiao? How will this affect my trip to Hangzhou?

G
Garry
How long should i book the train tciket from Shanghai to Hangzhou and and the return ticket in advance?

We want to travel from Shanghai to Hangzhou by the high speed train. How long should be book the round way train tickets in advance? And where should be buy the train tickets? Thanks!

From Shanghai to Hangzhou by bus or by train?

I will be arriving in Shanghai Pudong Airport (T2) at bout 3pm. I only have short time in China and i really want to visit Hangzhou. I intend to take the long distance bus to HZ. Can we buy the bus ticket in advance or only on the spot? And which one is better way travel from PVG to Hangzhou? By train or bu bus?