Fascination China! Ever since the world discovered China through the writings of adventure Marco Polo more than 700 years ago, China is regarded as the embodiment of all that is mysterious and exotic. China as a tourist destination offers limitless scope for exploration. Weather you choose to visit a buslting city - Shanghai, seek out the tranquility of ancient water town, such as Tongli Water Town, or marvel at the historical sites in Beijing, Xian, etc, this country is full of incredible experiences. China has a massive size and varied geography, however, it's surprising how relatively few people outside China appreciate the extent of the country's other destinations, many of them natural wonders to rival any in the world.

Culture and heritage that run back as far as the beginning of humanity, tourist places to visit in China are an overwhelming adventure. Here we have listed the top China destinations to visit for you, you can get the detailed Top China city tours and travel guide information. Explore the top China mysterious destinations with us that take you back in time to provide you a glimpse of the world's oldest and most revered treasures known to mankind.

Many travelers wonder where to go in China or how to plan a China tour? Actually, there are too many things to do and see in China, unless you stay there your entire life, it is absolutely impossible to do all or even scratch the surface. While it can be challenging to fit all the great places to visit and see in China, choose the most popular China tourist cities at your first time visit to help you get started and inspire you.

Tailor-make your own Beijing tours

Beijing, China is always on the hot list of tourists. It is a versatile city, offers an impossible experience through the history and culture of China, where you can walk around the steps of sovereighs, great men,  communists, and those searching for a vote put together framework with respect to Tiananmen Square. This acclaimed city achievement is the spot you will find most likely the best attractions, for instance, the Forbidden City, the Mausoleum of Mao Zedong, the National Museum of China, and Great Wall of China, Beijing Hutongs, Temple of Heaven, etc.

Whether it is Beijing weather or its spectacular sightseeing, you will have plenty of things to explore in this city. If you want to experience all sides of China at one destination then you should come to Beijing, it is truly a dream place for visitors in ancient time and its appeal is no less in present time.

The following Beijing information may interest you!

Tailor-make your own Beijing tours

Tailor-make your own Xian tours

Xian was once the most important city in China, making a visit there pretty much essential. Served as the capital of at least 13 different Chinese empires and kingdoms, its history can dated back to prehistoric times, much further back than the current capital Beijing. In addition, it is the starting point of ancient China silk road - the important trade route connecting China to the Middle East and Europe. Thanks to the culture and history, Xian has plenty of sights and interesting places which will unfold its history to travelers.

Xian owes its fame to the Terracotta Army of the first emperor of the Qin Dynasty, Qin Shi Huang. The incredible collection of sculptures represents one of the world’s great wonders, but don't be mistaken for thinking that is all the region has to offer! From museums to mountains, temples to muslim food, Xian has something for everyone.

The following Xian information may interest you!

Tailor-make your own Xian tours

Tailor-make your own Shanghai tours

Starting from a fishing village opened up 1842, Asia's leading city in the 1920s and 1930s dubbed as "Paris of the East", today Shanghai enjoyed the fame of the strongest economic engine of China, it become one of the world's largest metropolitan cities, which best shows where China is headed in the 21th century as well as a museum of East meeting West on Chinese soil. There is no other place like Shanghai that can show the past, present and future of China in such a concrete way - the colonial architecture essence at the Bund and French Concession, unparalleled birds-eye city view on the top of the Jinmao Tower, the old Shanghai lifestyle in the hidden alleys around Tian Zi Fang – a carefully designed Shanghai tour will let you taste all the flavor that Shanghai has to offer.

The following Shanghai information may interest you!

Tailor-make your own Shanghai tours

Tailor-make your own Chengdu tours

Chengdu is home to addorable giant pandas. The city is known as the "Hometown of Giant Panda", the “Country of Heaven”, a phrase translated as "Land of Abundance" for its fertile land and rich natural resources. Apart from being the best place in China to see the interact with pandas, Chengdu is also a cultural melting pot. Influenced throughout its long history by Tibetan and Mongolian cultures, Chengdu's intriguing past has left its mark on the city's food and culture, and is evidenced in its many temples, fascinating archaeological sites and museums.

With plenty of things to do in Chengdu, we have jot down the best tours of Chengdu and Chengdu travel guide to indulge on your vacation in this famous tourist destination. Discover the nature and culture of Chengdu with your private tour guide and driver. If what we have here in our present tour catalog is not what you expect, please feel free to let us know what you want, we will take care of the rest - designing the Chengdu trips based on your specific requirements.

The following Chengdu information may interest you!

Tailor-make your own Chengdu tours

Tailor-make your own Suzhou tours

Described by Marco Polo as one of the most beautiful cities in China.There is an old saying goes "Just as there is a heaven up above, there are Suzhou and Hangzhou on earth" which is known by everyone lives in China.Tracking back to 2,500 years ago,Suzhou was the origin of Wu Culture which is one of the most famous ancient culture in China. For a very long period of time, Suzhou had gained herself a prominent position in China's history. Suzhou enjoys the reputation as 'The City of Gardens' with elegant gardensand beautiful landscapes which are the enduring images of traditional China known by western people. Humble Administrators Garden, Lingering Garden and Lion Grove are the best among the many fantastic gardens with its ingenious design, exquisite beauty and splendid architecture. The Grand Canal which passes through vibrates the city and creates a prosperous view of “Oriental Venice”. Take our Suzhou private tours with our professional Suzhou Tour Guides to see the real Suzhou!

The following Suzhou information may interest you!

Tailor-make your own Suzhou tours

Tailor-make your own Huangshan tours

Huangshan city is most famous to be found in the south of Anhui Province, which is blessed with time-honored history, breathtaking scenery and profound culture, which makes it a great getaway for travel-addicts domestic and abroad. Huangshan occupys 9807 square kilometers in coverage and hosting 1.48 million in population. It was called "Huizhou" in ancient times and was inhabited since seven thousand years ago. Being one of the three most prestigious regional cultures in China, culture of Huizhou is profound in cultural background and rich in connotation, pervading among philosophical, economical, historical artistic and other aspects of the society. You may spend one or two days climbing the Mt. Huangshan, or trekking the pine-filled ravines, like the West Sea Grand Canyon, and stay overnight on the mountain. Camping in the sea of clouds and viewing the sunrise and sunset over Mt. Huangshan is surely an experience once-in-a-lifetime. Also a few days in the surrounding area will be a very worthwhile trip. The UNESCO World Heritage Hongcun and Xidi Villages are always on the travelers' itinerary. All our Huangshan tours tailored to suit your budget & needs. All Huangshan tour packages incl. private guide & driver offering a flexible trip to the Yellow Mountain.

The following Huangshan information may interest you!

Tailor-make your own Huangshan tours

Water towns in south China, often referred as "Venice of the East". With a history of over 1,000 years, water towns in Hangzhou,Suzhou and Shanghai have remained almost unchanged, retaining a genuine atmosphere of antiquity. These water towns are famous for their ancient buildings, bridges, canals, and ways of life that have not changed in centuries. They are idyllic destinations to unwind from the hustle and bustle of China's cities and can offer visitors glimpses into China's ancient past. Travel with us, you will have chance to visit the top water towns of China nearby Hangzhou,Suzhou and Shanghai. There main reason for visiting a water town nearby Hangzhou,Suzhou and Shanghai. First, life in these water towns seems to have stood still and visitors can still see the unique traditional folk cultures of Southeastern China. It is easy to fall in love with a place where life is still seems traditional and laid-back. If you take the time to visit these water towns, you will be surprised by what you discover. All water town tours can be tailored. If you can’t decide which one you should take, just ask our travel advisor team for a tailor-made water town trip.

The following China Water Towns information may interest you!

Tailor-make your own Nanjing tours

Nanjing, capital of Jiangsu sheng (province), east-central China. It is a port on the Yangtze River (Chang Jiang) and a major industrial and communications centre. Rich in history, it served seven times as the capital of regional empires, twice as the seat of revolutionary government, once (during the Sino-Japanese War of 1937–45) as the site of a puppet regime, and twice as the capital of a united China (the second time ending with the Japanese conquest of the city in 1937). The name Nanjing (“Southern Capital”) was introduced in 1403, during the Ming dynasty. Nanjing’s long history as a cultural centre is reflected in its many surviving monuments and buildings of historical significance.

The following Nanjing information may interest you!

Tailor-make your own Nanjing tours 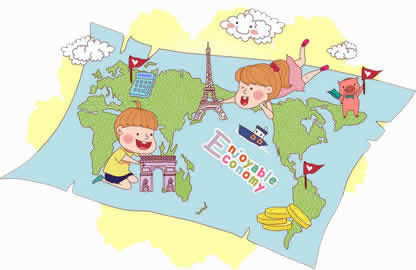